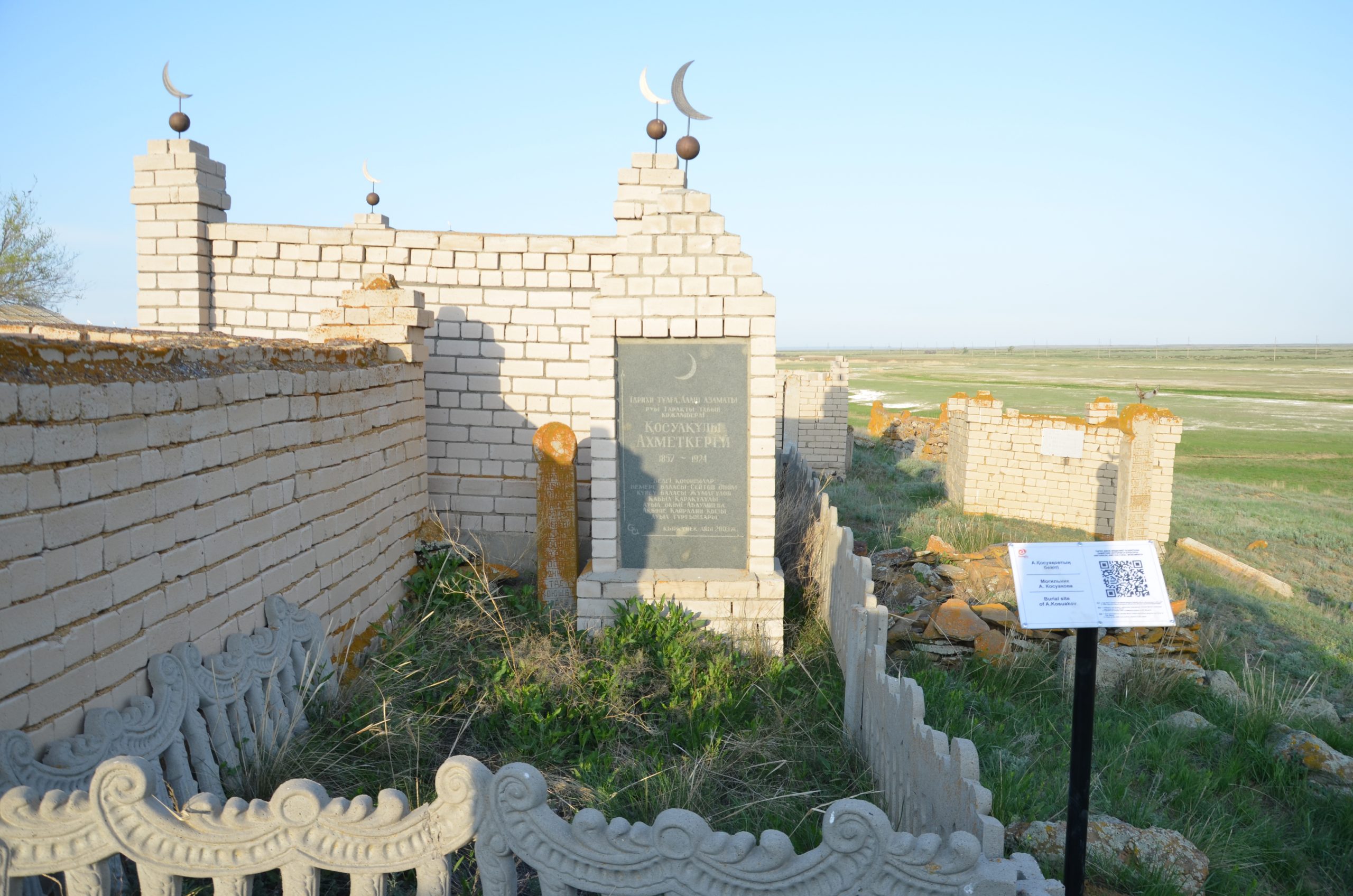 Historical note: Akhmetkerey Kosuakov was born in 1857, in Ilek-Batpakty village of Aktobe area of Turgay region. She finished 3 grade gymnasium in Orenburg.  In 1895 he was elected as a governor of Bestamak district and worked for 15 years. He invited the famous Kazakh teacher, A. Baitursynov to volost village school in Karagach and provided him with teacher position.

In 1911 – 13 years he was a governor of Batpakty volost and in 1918 – 20 years he was a  linguist of county governance. He was in same policy orientation as Alashorda. Since 1920 till his dying day he worked as a judge at the Justice department of Aktobe district executive committee. In April 2 – 8, 1917 he participated in Turgai regional  congress, in December 5,  1917 he participated in Kyrgyz congress.